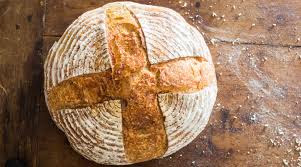 A Guatemalan baby--because a toddler can't be called boy--is handed over indoor cyclone fencing into the arms of three Honduran and Guatemalan teenage girls. They don't know his name. They've never seen his face before. In fact the girls just met one another, along with two hundred and fifty other children, since they came into to this building hoping for respite, hoping to be reunited with their mothers and fathers in a few short hours or days, hoping that the long and dangerous journey on foot and bus from another continent will resolve with a flood of relief, hope. But now, this baby claims their attention as the endless days drag on.  He demands someone to attend to his cries, arms uplifted as he searches their legs and then their eyes over and over to see if any of them resemble his mother. Over days and weeks--who knows really?--the girls settle into a listless routine of caring for the baby that came with no diapers and no change of clothes. Over time, his shirt becomes crusted over with mucous. Did he catch a virus in the cramped conditions, or was his nose running that much as he cried for his mother?

It's dirty. They haven't showered in weeks. The air is rank with the sweat of other unwashed children who quibble and cry and nap and wet their pants and pace and jump and run in pens all day long, with no routines to mark out bedtimes and no parents to sing them to sleep.

At night the teenagers lie on concrete floors, overhead lights glaring down on them. They've learned something of mothering, the vulnerability required. They have mothers who've made themselves vulnerable to this foreign land, for the sake of protecting their daughters from worse troubles-- nightmares, really--in the countries of their birth.  The girls therefore take turns pulling the baby in under their aluminum covers, offering meager shelter to this small stranger as they themselves are yet unsheltered, unanchored, unmoored.1

**
That story wrote itself. I inserted a cyclone fence and countries of origin, but these teenagers and this toddler are languishing in a government holding facility in Texas.

Here's another story: I cannot, with good conscience, say America is "God's country" any more than every country on earth is God's country--wanted, loved in all its beauty and strength and despite its horrors.

Right now, human beings are flooding across our southern border. Mothers and fathers are running from atrocity and gang violence and starvation and drug cartels. They are running to (what they hope is) an oasis, a table laid out with extra bread and extra wine. A table where any stranger and her children might be offered to come and eat, because surely that is the America they've heard of and hoped for. But now they're arrived, and they're not welcomed; they are shunned as outsiders, treated as criminals. Their babies and children are taken, dare I say stolen, from them. And then, America loses their children.2

I don't have fancy words or eloquent speech today, friends. Just an acutely felt pastoral duty to respond, to frame, to offer a lens for what is happening at our border. I'm writing as a pastor because many pockets of the church are looking for perspective.

"In the hospitality of Jesus we make the unprecedented discovery that God is willing to share his table with anyone....The Lord's Table bears witness to the new covenant truth that the holy land is the whole earth and the chosen people are the human race."3

Jesus ate with prostitutes and swindlers and lepers and the sick--all the people the religious/political parties said he shouldn't eat with. He blessed criminals and ethnic minorities and women and children. (Btw, Children, he said, had ownership in his Kingdom. And, when his disciples were hustling for rank, Jesus said, Actually, these lowly children outrank you all. But if you receive them, I'll know you've received me.) Jesus invited and included those outside the boundary markers.

We, as a human race who live in the upper half of the Americas should know our national boundaries do not define the limits of God's abundant goodness for the peoples of the earth. Will we partner with him? Will we embody the reign of Christ on earth and receive these children and their parents at our metaphorical and literal tables? Guatemalan, Honduran, Mexican. Sweaty, sticky, tired, hungry and scared children. Heartbroken moms and dads who with grateful hearts would drink our wine and eat our bread.

When I was a young child, I would hide desserts in my bedroom closet. Not because I wanted to gorge on them in secret, but because I was so afraid there would be nothing left for me when I was ready for an Oreo. Would I be deprived of good things if I risked allowing someone else to receive a good thing? I was sure I would. And so I deceptively carried off what didn't belong to me so I could save it for myself.

"[The scarcity paradigm] lies at the dark heart of human civilization....This paradigm of scarcity and insufficiency is the philosophy that undergirds our structures of systemic sin. We fear there won't be enough land, water, food, oil, money, labor to go around, so we build evil structures of sinful force to guarantee that those we call 'us' will have what we call 'ours.' We call it freedom. We call it defense.... What we don't call it is what it is...fear." 4

Tribalism and fear go back to the beginning of time and infuse so many of my current family interactions about who gets what cut of the lemonade, the cotton candy, the chocolate, the China Star. It surfaced in the Biblical family, too. In today's lectionary reading, the Lord spoke to the Israelites a corrective rebuke: "I will judge between the fat sheep and the lean sheep. Because you shove with flank and shoulder, butting all the weak sheep with your horns until you have driven them away, I will save my flock, and they will no longer be plundered."5

Why did those fat sheep shove the thin ones aside? Fear. A scarcity mentality, I'd wager. Together, they conspired in systemic sin, using the might of their collective horns and position to protect what they saw was theirs--water access, pasture, survival needs. Basic sheep rights.

In one of the most materialistic, affluent, wasteful, prosperous countries in our world, I confront the scarcity paradigm regularly. I don't want to give because I fear not having enough. It is an entrenched cultural mindset that has diseased my own heart and mind, the effects of which I'm constantly trying to resist.

The Jesus Way says, surrender: You'll discover your life when you lose it. You'll receive what you need when you need it because God is a good God and knows the needs of his children. In the meantime, visit the prisoner and the sick, give food and water to the hungry and thirsty, meet the needs of your local and global neighbor, and all these things will be added unto you.

I don't have a list of your senators' phone numbers to share with you. I don't have a bazillion non-profits I've vetted to tell you about so that you can go donate. You have Google and Facebook for that.

What I have is hope--hope that we will all ask Jesus what we can surrender in order to find our lives. Is it half an hour of our time to make phone calls? Is it the cost of Netflix (or the cost of a plane ticket or a family vacation) to a nonprofit that's giving aid to our South American friends at the border? Is it the surrender of our fears so that we will trust that God's math is different (and better) than ours? That we will be blessed by making space at our table for more faces, more hungry mouths? I have hope in this math because Jesus proved over and over in the Gospels that the more hungry people there are, the more likely he is to multiply provisions if we will only stand ready to pass them out.

Heather Weber
I'm not a poet. At least, not officially. But I'm trying to live like one while I also live like a pastor and a mom and a wife and a thinker and a reader and a neighbor and a friend. And by all this, I mean I'm just trying to pay attention and write what I see.

Heather Weber
Iowa City, IA, United States
I'm not a poet. At least, not officially. But I'm trying to live like one while I also live like a pastor and a mom and a wife and a thinker and a reader and a neighbor and a friend. And by all this, I mean I'm just trying to pay attention and write what I see. 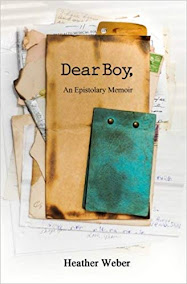